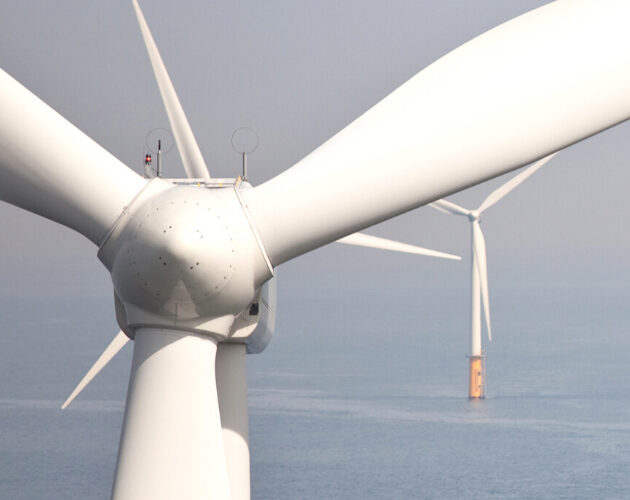 In a unanimous vote, the Board awarded 1,510 MW of capacity to Atlantic Shores Offshore Wind and 1,148MW to Ocean Wind II. In addition to strong environmental and fisheries protection plans, each project has committed to investing in New Jersey’s burgeoning offshore wind industry by building new manufacturing facilities at the New Jersey Wind Port, utilizing the foundation manufacturing facility at the Port of Paulsboro, creating tens of thousands of jobs, and injecting billions of dollars in economic benefits into the State.

“Expanding New Jersey’s offshore wind industry is a major component of achieving our goal of 100 percent clean energy by 2050, while providing significant opportunities and economic benefits for our state,” said Governor Phil Murphy. “By leveraging a whole-of-government approach and the strengths of our state, this award ensures that our investment in clean energy is also an investment in our communities, and will generate good-paying, union jobs and bring valuable investments to New Jersey. Today’s award, which is the nation’s largest combined award to date, further solidifies New Jersey as an offshore wind supply chain hub and leader in the offshore wind industry in the United States.”

“We have a once-in-a-generation opportunity to establish New Jersey as the epicenter of a new industry that will provide tens of thousands of jobs and billions of dollars in economic benefits when we need it most,” said Joseph L. Fiordaliso, NJBPU President. “Under Governor Murphy’s leadership, we have made significant progress toward our goal of 7,500 MW of offshore wind by 2035 and will continue fighting for a clean energy future that benefits all New Jersey residents, improves public health, mitigates climate change, and bolsters our economy with sustainable, good-paying jobs.”

“It is an exciting time for clean energy in New Jersey thanks to Governor Murphy’s leadership,” said Department of Environmental Protection Commissioner Shawn M. LaTourette. “The responsible development of offshore wind will help New Jersey reduce the worsening effects of climate change while creating family-sustaining green jobs capable of lifting all people and communities across the Garden State.”

“Offshore wind is a central component of Governor Murphy’s efforts to build a stronger, fairer, and greener economy in New Jersey,” said NJEDA Chief Executive Officer Tim Sullivan. “Establishing New Jersey as a hub of the rapidly-growing American offshore wind industry will bring billions of dollars of investment into the state and create thousands of family-sustaining jobs for residents throughout the state. The solicitation award announced today is another exciting step forward that will help to cement New Jersey’s leadership in this emerging industry.”

Combined, the two projects are estimated to create 7,000 full and or part time jobs across the development, construction and operational phases of the projects. This yields approximately 56,000 Full Time Equivalent job years, as some jobs will be shorter term and others will last for many years. They will also generate $3.5 billion in economic benefits and power 1.15 million homes with clean energy. As required by the solicitation, the project developers will also contribute $10,000 per MW to fund research initiatives and wildlife and fishery monitoring in the region – totaling $26 million that will be administered by NJBPU and the New Jersey Department of Environmental Protection through a robust stakeholder process.

Each project includes a commitment to build a nacelle assembly facility at the New Jersey Wind Port. The nacelle houses the components that convert the mechanical energy of the rotating blades into electrical energy, and is the highest value add offshore wind component. Atlantic Shores plans to partner with MHI Vestas for this facility while Ocean Wind will collaborate with GE. Both projects will utilize the foundation manufacturing facility at the Port of Paulsboro. Additional benefits to the region include a green hydrogen pilot facility from Atlantic Shores and a truck electrification pilot project at Port Newark from Ocean Wind.

In an effort to identify the most efficient, cost-effective, and environmentally sensitive ways of bringing offshore energy ashore, NJBPU is also engaged in a first-of-its-kind transmission solicitation managed by regional grid operator PJM Interconnection. The solicitation seeks ready-to-build options for an open access transmission solution that can deliver offshore wind energy to the existing grid.

Developing New Jersey’s offshore wind resources is a core strategy of Governor Murphy’s Energy Master Plan, which identifies the most ambitious and cost-effective ways of reaching 100 percent clean energy by 2050. Since taking office in 2018, the Murphy Administration has led a concerted effort across State government to bolster this transition while focusing on jobs and economic growth. This includes developing the NJ Wind Port in Salem County, establishing a WIND Institute to coordinate workforce development and research and development in offshore wind, and a $250 million investment in the Port of Paulsboro for turbine component manufacturing.

The State’s comprehensive approach to offshore wind development aims to secure the best overall value for ratepayers while protecting the environment and commercial and recreational fishing interests. On track with the Governor’s solicitation schedule, the Board anticipates opening a third offshore wind solicitation for at least 1,200 MW in 2022.

In 2019, New Jersey made history by awarding the largest single offshore wind solicitation in the country to Ørsted’s 1,100 MW Ocean Wind project to be built 15 miles off the coast of Atlantic City.