In order to be able to better meet the increasing demand for wind turbines expected by its customers in the coming years, the Nordex Group is expanding its turbine fleet with another highly efficient turbine of the Delta4000 series: the N175/6.X. 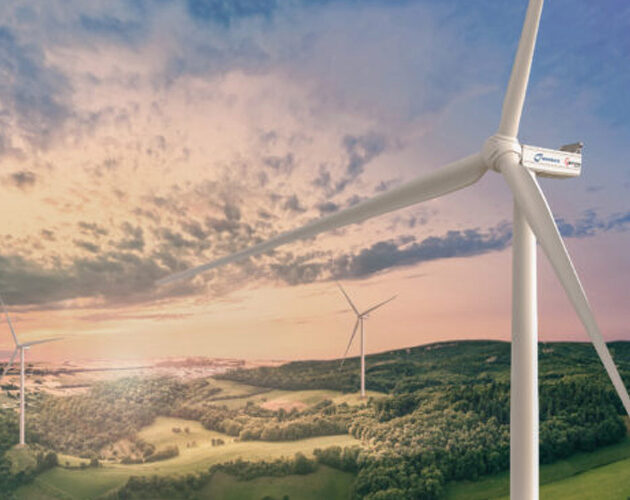 The new turbine uses the proven technical concepts of the Delta4000 series, such as the control system, the flexible rated power and large parts of the nacelle of the sister model, the N163/6.X, which has already been tested in the field. As a result, in addition to the highly efficient development process, already tested and existing suppliers and production capacities can also be used for the new turbine.

With its single-piece, newly designed 85.7-meter-long rotor blade, the N175/6.X achieves an above-average capacity factor. At typical low to medium-wind locations, the N175/6.X will achieve between 7 – 14 percent more yield compared to its predecessor models, the N163/5.X and N163/6.X. Due to the turbine’s larger rotor, this additional yield is achieved particularly during times of light wind speeds where the turbine produces up to 22 percent more energy than its predecessors. This is advantageous for operators, as electricity prices are usually higher during low-wind periods and the N175/6.X ensures high electricity production already at low wind speeds.

The N175/6.X will initially be offered with hub heights of between 112 and 179 meters, which enables the turbine to reach attractive wind speeds even in locations with typically light winds. The turbine is designed for an operating lifetime of 25 years, but in some site-specific circumstances can also be confirmed for up to 35. At a rated output of 6.22 MW, the maximum sound emission is 106 dB(A).

Nordex also offers a wide range of options for the N175/6.X in order to meet the diverse economic and permit requirements. Among other things, the turbine can be equipped with a bat module and on-de­mand night-time mark­ing. In addition, and, like the other turbines of the Delta4000 series, it offers different operating modes for reduced sound emissions. A cold climate variant ensuring operation in environments of -30°C is also available.

The N175/6.X will be available worldwide, but Nordex expects the main demand to be in Europe, especially at the beginning of series production.

José Luis Blanco, CEO of the Nordex Group: “The global energy transition cannot succeed without onshore wind power. With its proven product range, the Nordex Group has been ideally positioned for years to provide the necessary technology for this. With today’s introduction of the N175/6.X, we are making a further contribution to advancing the energy transition in the world and making new wind farm locations economically attractive.”

It was only in May 2022 that the Nordex Group installed its world’s first 6 MW N163/6.X turbine of the Delta4000 series as planned. Scheduled series production of the N175/6.X is scheduled for the end of 2024. Among other things, the nacelle will be produced at the company’s German production facility in Rostock.