NREL study identifies the opportunities and challenges of achieving the U.S. transformational goal of 100% clean electricity by 2035

What would it take to decarbonize the electric grid by 2035? A new report by the National Renewable Energy Laboratory (NREL) examines the types of clean energy technologies and the scale and pace of deployment needed to achieve 100% clean electricity, or a net-zero power grid, in the United States by 2035. This would be a major stepping stone to economy-wide decarbonization by 2050. 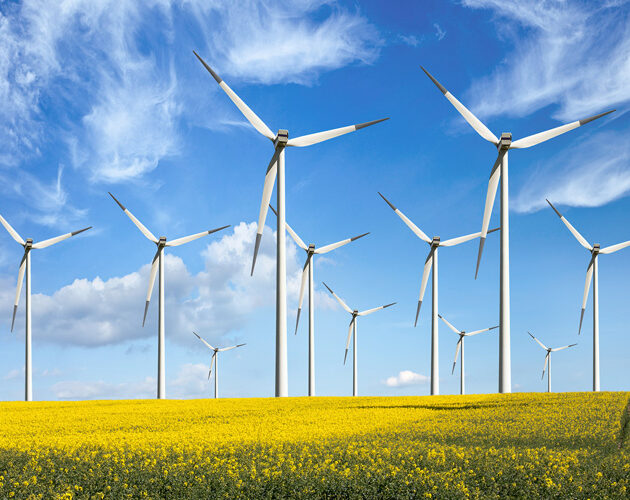 The study, done in partnership with the U.S. Department of Energy and with funding support from the Office of Energy Efficiency and Renewable Energy, is an initial exploration of the transition to a 100% clean electricity power system by 2035—and helps to advance understanding of both the opportunities and challenges of achieving the ambitious goal.

Overall, NREL finds multiple pathways to 100% clean electricity by 2035 that would produce significant benefits, but the exact technology mix and costs will be determined by research and development (R&D), manufacturing, and infrastructure investment decisions over the next decade.

“There is no one single solution to transitioning the power sector to renewable and clean energy technologies,” said Paul Denholm, principal investigator and lead author of the study. “There are several key challenges that we still need to understand and will need to be addressed over the next decade to enable the speed and scale of deployment necessary to achieve the 2035 goal.”

The new report comes on the heels of the enactment of the landmark Inflation Reduction Act (IRA), which—in tandem with the Bipartisan Infrastructure Law (BIL)—is estimated to reduce economy-wide greenhouse gas emissions in the United States to 40% below 2005 levels by 2030. The impact of the IRA and BIL energy provisions are expected to be most pronounced for the power sector, with initial analyses estimating that grid emissions could decline to 68%–78% below 2005 levels by 2030. The longer-term implications of the new laws are uncertain, but they likely will not get us all the way to 100% carbon-free electricity by 2035.

None of the scenarios presented in the report include the IRA and BIL energy provisions, but their inclusion is not expected to significantly alter the 100% systems explored—and the study’s insights on the implications of achieving net-zero power sector decarbonization by 2035 are expected to still apply.

Using its publicly available flagship Regional Energy Deployment System (ReEDS) capacity expansion model, NREL evaluated supply-side scenarios representing a range of possible pathways to a net-zero power grid by 2035—from the most to the least optimistic availability and costs of technologies.

For each scenario, NREL modeled the least-cost generation, energy storage, and transmission investment portfolio to maintain safe and reliable power during all hours of the year.

Technology deployment must rapidly scale up

In all modeled scenarios, new clean energy technologies are deployed at an unprecedented scale and rate to achieve 100% clean electricity by 2035. As modeled, wind and solar energy provide 60%–80% of generation in the least-cost electricity mix in 2035, and the overall generation capacity grows to roughly three times the 2020 level by 2035—including a combined 2 terawatts of wind and solar.

To achieve those levels would require an additional 40–90 gigawatts of solar on the grid per year and 70–150 gigawatts of wind per year by the end of this decade under this modeled scenario. That’s more than four times the current annual deployment levels for each technology. If there are challenges with siting and land use to be able to deploy this new generation capacity and associated transmission, nuclear capacity helps make up the difference and more than doubles today’s installed capacity by 2035.

Seasonal storage becomes important when clean electricity makes up about 80%–95% of generation and there is a multiday-to-seasonal mismatch of variable renewable supply and demand. Seasonal storage is represented in the study as clean hydrogen-fueled combustion turbines, but it could also include a variety of emerging technologies.

Across the scenarios, seasonal storage capacity in 2035 ranges from about 100 gigawatts to 680 gigawatts. Achieving seasonal storage of this scale requires substantial development of infrastructure, including fuel storage, transportation and pipeline networks, and additional generation capacity needed to produce clean fuels.

Other emerging carbon removal technologies, like direct air capture, could also play a big role in 2035 if they can achieve cost competitiveness.

“The U.S. can get to 80%–90% clean electricity with technologies that are available today, although it requires a massive acceleration in deployment rates,” Sergi said. “To get from there to 100%, there are many potentially important technologies that have not yet been deployed at scale, so there is uncertainty about the final mix of technologies that can fully decarbonize the power system. The technology mix that is ultimately achieved will depend on advances in R&D in further improving cost and performance as well as the pace and scale of investment.”

In all scenarios, significant transmission is also added in many locations, mostly to deliver energy from wind-rich regions to major load centers in the Eastern United States. As modeled, the total transmission capacity in 2035 is one to almost three times today’s capacity, which would require between 1,400 and 10,100 miles of new high-capacity lines per year, assuming new construction starts in 2026.

The benefits exceed the costs of a net-zero power grid

Overall, NREL finds in all modeled scenarios that the health and climate benefits associated with fewer emissions exceed the power system costs to get to 100% clean electricity.

To decarbonize the grid by 2035, the total additional power system costs between 2023 and 2035 range across scenarios from $330 billion to $740 billion. The scenarios with the highest cost have restrictions on new transmission and other infrastructure development. In the scenario with the highest cost, the amount of wind that can be delivered to population centers is constrained and more storage and nuclear generation are deployed.

However, in all scenarios there is substantial reduction in fossil fuels used to produce electricity. As a result of the improved air quality, up to 130,000 premature deaths are avoided in the coming decades, which could save $390 billion to $400 billion—enough to exceed the cost to decarbonize the electric grid.

When factoring in the avoided cost of damage from the impacts of climate change, a net-zero grid could save over an additional $1.2 trillion—totaling an overall net benefit to society ranging from $920 billion to $1.2 trillion.

“Decarbonizing the power system is a necessary step if the worst effects of climate change are to be avoided,” said Patrick Brown, NREL analyst and co-author of the study. “The benefits of a zero-carbon grid outweigh the costs in each of the more than 100 scenarios modeled in this study, and accelerated cost declines for renewable and clean energy technologies could lead to even larger benefits.”

Reduced technology costs alone cannot achieve the transformational change outlined in the study. NREL also identifies four key challenges that must be addressed in the next decade, through further research and other societal efforts, to enable full power sector decarbonization.

1. Dramatic acceleration of electrification and increased efficiency in demand

This includes siting and interconnecting new renewable and storage plants at a rate three to six times greater than recent levels, which would set the stage for doubling or tripling the capacity of the transmission system, upgrading the distribution system, building new pipelines and storage for hydrogen and carbon dioxide, and/or deploying nuclear and carbon management technologies. The Inflation Reduction Act could jumpstart the deployment needed by making it more cost-effective.

The unprecedented deployment rates require a corresponding growth in raw materials, manufacturing facilities, and a trained workforce throughout clean energy supply chains. Further analysis is needed to understand how to rapidly scale up manufacturing.

Technologies that are being deployed widely today can provide most of U.S. electricity by 2035 in a deeply decarbonized power sector, but achieving a net-zero electricity sector at the lowest cost will take advances in R&D into emerging technologies—particularly to overcome the last 10% to full decarbonization.

A growing body of research has demonstrated that cost-effective high-renewable power systems are possible, but costs increase as systems approach 100% carbon-free electricity, also known as the “last 10% challenge.” The increase in costs is driven largely by the seasonal mismatch between variable renewable energy generation and consumption.

NREL has been studying how to solve the last 10% challenge, including outlining key unresolved technical and economic considerations and modeling possible pathways and system costs to achieve 100% clean electricity.

Still, getting from a 90% clean grid to full decarbonization could be accelerated by developing large-scale, commercialized deployment solutions for clean hydrogen and other low-carbon fuels, advanced nuclear, price-responsive demand response, carbon capture and storage, direct air capture, and advanced grid controls. These areas are ripe for continued R&D.

“Failing to achieve any of the ambitious tasks outlined in the study will likely make it harder to realize a net-zero grid by 2035,” said Trieu Mai, NREL analyst and co-author of the study. “The study identifies research questions that we want to further explore. At NREL, we will continue to examine these complex questions to understand the most feasible path for the great challenge ahead.”

Significant future research is needed to better understand the implications for power system operations, grid reliability, impacts on the distribution system, electrification and efficiency investment costs and adoption, and clean fuels production infrastructure investment costs. Requirements and limitations of resources, including land and water; supply chain and workforce requirements; and other economy-wide decarbonization considerations will also need to be considered.