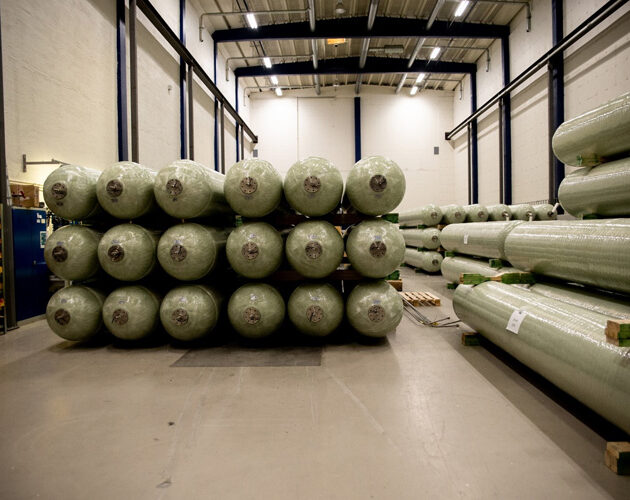 “UAC is a global technology leader that is well positioned to win market shares within transport and storage in a rapidly growing hydrogen market. The company’s management has proven that it can deliver strong growth and improved profitability. We are very pleased to invest into UAC and look forward to collaborating with existing owners and the management to develop the company further,” says Carl Petter Finne, Managing Partner in NRP Zero AS, which is the asset manager of NRP Green Transition I.

NRP Zero invests an undisclosed amount for a 10.7 percent shareholding in UAC. The parties have agreed to not disclose the financial details of the transaction.

The proceeds from the investment will be used to facilitate a manufacturing expansion in Kristiansand, Norway, plus an investment in China, where UAC’s Chinese joint venture company is building a manufacturing facility with an estimated annual production of eight thousand pressure vessels. The new facility will provide significant scale advantages and improve UAC’s competitive position in all markets, including China and the rest of Asia.

UAC is majority shareholder in the joint venture company. Other shareholders are Yield Capital and Chinese industrial group Befar Group, which is one of China’s 500 largest companies. Yield Capital is the investment arm of China’s leading technology university, Tsinghua University.

“Yield Capital’s previous investment in UAC contributed towards establishing the Chinese joint venture. We have also ordered long lead items such as machines and other equipment. The new investment from NRP Zero means that we can increase production volumes in both Norway and China quicker than we originally planned. The initial target volume for both manufacturing facilities is twelve thousand pressure tanks annually,” says Øyvind Hamre, CEO of UAC.

To manage the growing demand for the company’s products, UAC has increased its workforce in Kristiansand from 30 to 50 employees during the past year.

Since 2017, UAC has had a compound annual growth rate of 46 percent. The company delivered revenue of NOK 150 million in 2021, which represents a 50 percent increase from the previous year.

“We expect revenue well in excess of NOK 200 million this year. The key is strong focus on operations and our value chain, plus the strategic choice we have made to retain world leading product expertise and specialist competence here in Kristiansand,” adds Øyvind Hamre.

“The demand for UAC’s products is strong in several markets. China has launched its ambitious hydrogen plan, the Biden administration is subsidizing the deployment of hydrogen, and the EU has defined hydrogen as a key component for an emission-free Europe. This represents great opportunities for UAC, which is well positioned to capitalise on this growth, says Thomas Moe Børseth, UAC’s chairman and investment director in Umoe. NRP Zero is a licensed asset manager (AIFM) and investment advisor to the fund NRP Green Transition I. The fund invests in small to medium sized cleantech companies in the Nordics with an identifiable growth potential beyond Nordic boarders and alignment with EU’s taxonomy for sustainable business. NRP Zero is a subsidiary of the leading independent Nordic asset manager and finance company, Ness, Risan & Partners AS.