BASF and Ørsted have concluded a 25-year fixed-price corporate power purchase agreement (CPPA), under which BASF will offtake the output of 186 megawatts from Ørsted’s planned Borkum Riffgrund 3 Offshore Wind Farm in the German North Sea. 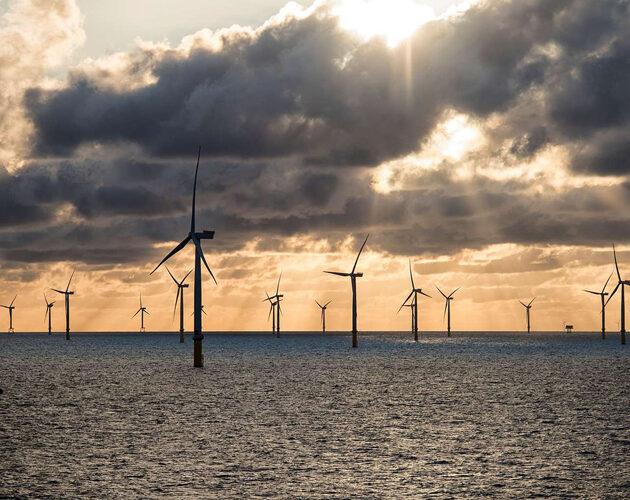 The offshore wind farm will have a total installed capacity of 900 megawatts and go into full commercial operation in 2025. Ørsted has recently secured planning approval from the German Federal Maritime and Hydrographic Agency (BSH).

With this CPPA as a tangible first step, the two companies will look into where the interests of both companies can match in the future to support emission reductions in the chemical industry. The power purchase agreement will help cover the increased electricity needs of low-emission technologies for BASF and is a step towards BASF’s ambition of becoming carbon neutral by 2050.

As the agreement will run for 25 years, it is the longest CPPA for offshore wind ever announced and an important step in enabling Ørsted to take final investment decision on Borkum Riffgrund 3, which is expected towards the end of 2021.

Borkum Riffgrund 3 was the world’s first large-scale offshore wind farm to be awarded with a zero bid. This was made possible by several cost-drivers, including the installation of next-generation wind turbine technology, very favourable site conditions and high wind speeds, and anticipated revenue-stabilising power purchase agreements with industrial partners such as BASF.

“This supply agreement with Ørsted is another important step in securing additional renewable energy for BASF,” says Dr. Martin Brudermüller, Chairman of the Board of Executive Directors of BASF SE. “BASF wants to reduce its CO2 emissions by 25% by 2030 compared with 2018. To achieve this ambitious goal, we will have to replace large amounts of fossil energy with renewable energy within the coming years. Ørsted can provide the required additional quantities through the construction of new wind farms to support us in our energy transformation.”

Mads Nipper, CEO of Ørsted says: “In the common fight against climate change, it’s partners like BASF that will make the difference. The chemical sector has a challenging path towards decarbonisation, but it will also make one of the biggest contributions. For this reason, countries like Germany must respond to the enormous demand for renewable electricity by urgently making more seabed available for offshore wind projects and by increasing its ambitions for deploying large-scale renewable energy sources such as offshore wind power. Offshore wind in the North Sea and the Baltic Sea is an abundant source of green electricity that can be unleashed through clearer and more ambitious policies. With our vision of a world that runs entirely on green energy, we aim to further accelerate the build out of renewable energy and support partners like BASF in realising their climate ambitions.”

“Ørsted and BASF share a vision that innovative, zero-emission technologies like large-scale offshore wind can play a significant role in the emission reductions in the chemical industry,” say both CEOs, Brudermüller and Nipper.

BASF is working on scaling up low-emission technologies to industrial dimensions. On this path, beyond 2030 BASF expects to implement technologies such as CO2-free methods for the production of hydrogen and electrically heated steam crackers, which will significantly increase BASF’s demand for renewable power.

Ørsted is also pursuing ambitious decarbonisation goals. More than ten years ago, the company started its own transformation, from being one of the most coal-intensive energy companies to being the most sustainable energy company in the world. Ørsted has the target and plan of becoming carbon-neutral in its energy generation by 2025 and of reaching full value chain decarbonisation by 2040, as the world’s first energy company with scientifically validated plans. By 2030, Ørsted aims to have installed 50 gigawatts of renewable energy capacity. Of this, 30 gigawatts will be offshore wind power.