Specialty chemicals company Lanxess has developed new polybutylene terephthalate (PBT) compounds for use in electrical and electronic assemblies. Under the name Pocan E, the company is now offering a product range comprising short-glass-fiber-reinforced grades that are especially suited to applications in e-mobility and the electrical/electronics (E/E) industry thanks to their tracking resistance and insulation properties. 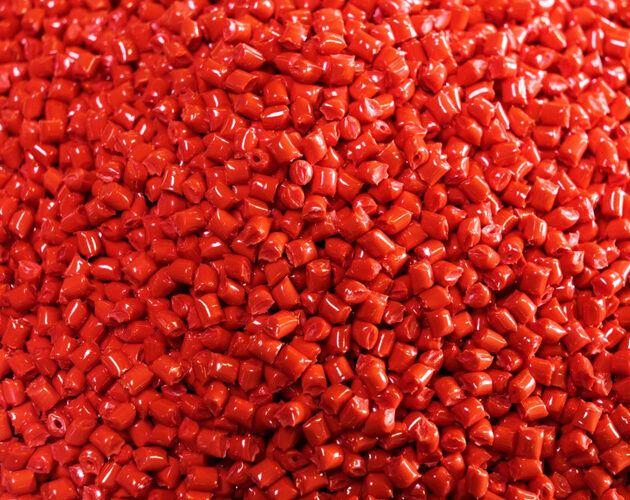 With their tracking resistance, the new compounds score the best possible rating of 600 in the CTI A test (Comparative Tracking Index – IEC 60112) and therefore meet the requirements of the highest insulation class according to IEC 60664-1.

“Previously, glass-fiber-reinforced PBT compounds with such high tracking resistance were not readily available on the market. We have now closed that gap. We have also succeeded in providing the materials with further advantages such as optimized mechanical properties as well as excellent flowability, hydrolysis resistance, and flame-retardant properties. In addition, they are highly suitable for coloring – orange, for example,” explains Dr. Claudia Schmid-Daehling, who shares the responsibility for PBT product development at Lanxess. High suitability for coloring is important for various safety-relevant components such as high-voltage connectors that must be clearly color-coded.

Plastic parts for electrical and electronic components must increasingly be more resistant to undesirable creepage currents. Reasons for this include the strong currents and high voltages in electric vehicles, the trend toward miniaturized device components, and the ever-decreasing distances between metal contacts in connectors and terminals.

Creepage currents occur when electrically conductive paths – facilitated by impurities – form on the surface of insulating materials, such as thermoplastics. This results in short circuits and, in the worst-case scenario, damage to the device. If insulating materials have a high tracking resistance, this reduces the risk of such defects. The CTI A test in accordance with IEC 60112 has become an established testing method. Even though the maximum CTI A value is 600, a plastic can also be used where higher voltages of up to 1500 volts (direct current) are present. With the aid of design guidelines in accordance with the standard IEC 60664 / VDE 0110-1, it is possible to “translate” the CTI test result accordingly and optimize the component design for higher voltages. Schmid-Daehling explains: “This means that our new Pocan E product range can also be used with the significantly higher rated voltages that are required for rapid charging of electric vehicles, for example.”

The fundamental advantage of all new structural materials in the Pocan E range is that their outstanding electrical insulation properties are scarcely dependent on temperature or humidity in the typical operating conditions of high-voltage connectors and terminals, for example. In addition, the resulting components boast a particularly high level of dimensional stability, are almost completely resistant to stress cracks, and are distinguished by their exceptional chemical resistance.

The new compounds with a CTI A test score of 600 include Pocan B3215E, Pocan B3217E, and Pocan B3235E. They are reinforced with 10, 16, and 30 percent short glass fibers by weight, respectively, and offer far greater flowability than corresponding standard materials. This makes it easier to produce delicate and thin-walled component geometries in the injection molding process. “Moreover, in the case of Pocan B3215E and B3217E, the Izod impact resistance scores are around 40 or 50 percent better,” says Schmid-Daehling.

Two examples of PBT materials that are at once hydrolysis stabilized and highly tracking-resistant are Pocan B3233HRE and Pocan B3216XHRE. The latter is reinforced with 16 percent short glass fibers by weight. In specimen tests based on the stringent long-term hydrolysis tests of the US Society of Automotive Engineers (SAE/USCAR-2 Rev. 7), it achieves “Class 5” – the best possible rating. “In addition, its impact resistance and elongation at break are considerably higher compared to corresponding standard compounds,” explains Schmid-Daehling. Pocan B3233HRE, which contains 30 percent short glass fibers by weight, achieves the rating “Class 4” in the USCAR hydrolysis test. Another of the compound’s strong points is its good flowability, which is even maintained at higher processing temperatures.

The new Pocan E range also includes Pocan BFN4231HRE, a PBT compound containing 25 percent short glass fibers by weight that is both flame-retardant and hydrolysis stabilized. The halogen-free, flame-retardant structural material meets the requirements of the UL 94 flammability test of the US testing institute Underwriters Laboratories Inc., achieving the classification V-0 with a test specimen thickness of 0.75 millimeter. Its high hydrolysis resistance is demonstrated by its “Class 3” rating in the specimen tests according to SAE/USCAR-2 Rev. 7.