Thermwood machine owner Rind Routing, located in South Africa, was initially devastated to be forced to close down their business due to Covid-19. 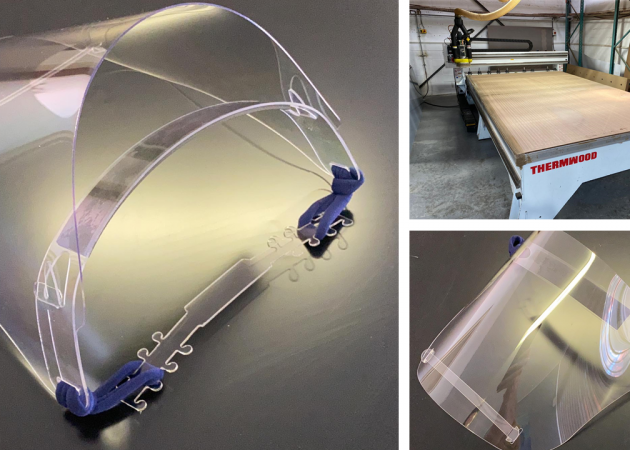 According to owner, Rayno von Schlicht:

“Although the initial feeling was that this wouldn’t last very long, as a business owner, I was terribly concerned of the knock-on effect that a three week down-time would have on my business”

After the first week of the shut-down passed, Mr. von Schlicht noticed the 3D-printing “maker-community” designing face shield brackets and distributing them to first responders. He was intrigued by the idea and thought that Rind Routing could do something similar on a larger scale.

They located a dental distributor who liked their design, and after some small tweaks, developed a PPE product to manufacture on their three Thermwood CNC routers (Model 40, Model 43 and MTR 21) that was not just effective and comfortable for the end-user, but also allowed Rind Routing to return to work as an essential service!

According to von Schlich:

“Since first starting this new venture, we have been able to churn out 5,000 face shields on our Thermwood Routers within three weeks and still have orders pouring in for more! This is proof to me that with a little vision & creativity, the willingness to try something new, and of course the correct tools to do so, you can achieve great things!”