RS’ marine group of companies is expanding with the newly formed Ocean Play. The new company, which is collaboration between RS and Jo Richards, is now manufacturing Picos, Bugs, Bahias and Vagos, with delivery expected in late January 2023. 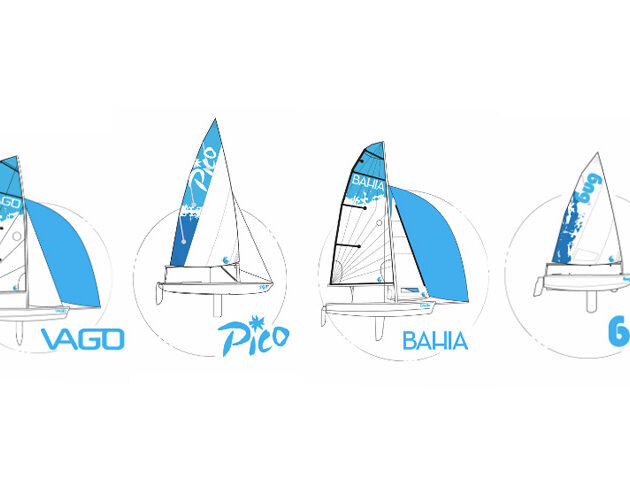 The move, which is set to delight sailing schools and recreational boaters the world over, comes after successful litigation against Laser Performance. This enabled Jo Richards (designer of the four boats) to approach RS to take up the production challenge in August 2022.

As well as manufacturing to Jo Richards’ original design, Ocean Play will be offering worldwide customer services for all four boats.

Neil Coxon will head up Ocean Play. Coxon is the ex -Director of Sailing, Oman Sail and he previously ran the SailLaser operation. Familiar with the original Laser’s ethos, Coxon intimately knows the products and dealer networks.

“I am delighted to be part of Ocean Play,” says Coxon. “These boats have enabled so many people around the world to discover their love of sailing and their demand is still very much alive. I am looking forward to the future of Ocean Play and working with our appointed dealer network.”

Alex Newton-Southern, Technical CEO for RS’ marine group of businesses, says that elements of the Pico, Bug, Bahia and Vagos have been updated where appropriate, ready for the customers in the UK and overseas who have been seeking to replace their favourite classics.

“All of the sail designs have been refreshed, and the Picos’ and Bugs’ mainsails now come with vertical batons. This gives a more stable sail shape and makes them much easier to furl.”

Ocean Play will initially continue to develop the brands’ well established markets across Europe and look to other territories as 2023 progresses.

“There is also a vast opportunity in the spares business,” says Jon Partridge, Commercial CEO for RS’ marine group of businesses. “We’re not underestimating the 50,000-ish boats already in use that all need replacement parts.

“Sailing schools are very attached to these boats. I grew up in a sailing school environment. In fact, that was my entry point to the trade. We used six Picos like every other school around the world. At the time they set a new benchmark in sailing school equipment.”

Partridge says the appeal to sailing schools is multi-faceted. Schools are often wedded to the boats they’ve evolved with and have a raft of spares available. Some schools have 20-30 identical boats in a fleet, and when they need to replace just a few, they understandably don’t want to go to a new craft. Bringing the old classics back to the production line, coupled with RS Sailing’s experience in delivering high-quality, high-volume dinghies worldwide, is a recipe for success.

The four boats will continue to be made at Roto in Slovenia. Hyde Sails and Selden will both be involved in supplying Ocean Play (as they are for RS Sailing).

“Hundreds of thousands of young people have learnt to sail in Picos. We’re excited that hundreds of thousands more will as well,” says Partridge. “As these boats were designed by Jo (also the designer of many RS boats), they are incredibly simple and create a safe and comfortable environment for learning to sail. That’s why they are so popular with clubs and, more importantly, with children and novice sailors.”

Ocean Play’s Picos, Bugs, Bahias and Vagos are set to complement RS Sailing’s current fleet, which are renowned as durable, award-winning, and fun sailing dinghies. That the classic models are all being manufactured within the RS’ marine group of businesses is a testament to the overall drive to offer the best quality, with the best designs and customer service, at the best price points for consumers.

Ocean Play’s creation is typical of RS Sailing’s ethos, looking to expand its group of marine companies as it seeks exciting opportunities to deliver against its environmental objectives. Earlier this year, RS’s marine group of companies launched its first collaboration project with Cheetah Marine, the Cheetah Adventure 720 (a rugged EV-ready family catamaran launched at SIBS). Additionally, RS Electric’s Pulses were used by SailGP to support the European legs of its 2022 tour, and now RS Sailing is getting ready for the 2022 RS Venture Connect World Championship, to be held in Oman later this month (23 – 27 November 2022), in which almost 40 teams are expected to take part.