Safran Nacelles has been granted Part 145 certification from the European Aviation Safety Agency (EASA), marking the beginning of activities at its nacelle repair site located in Suzhou, China. 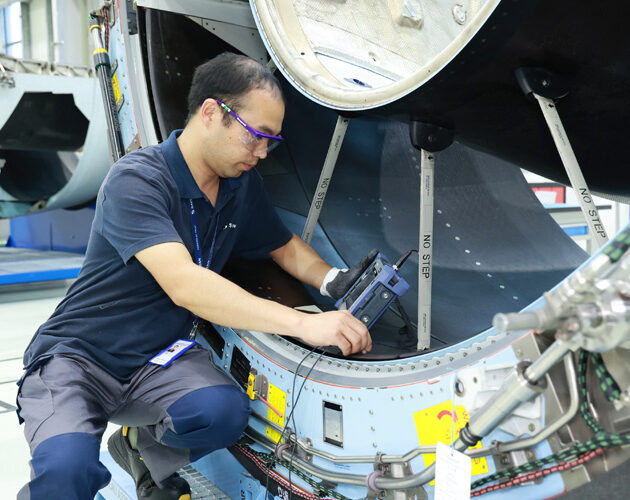 The site can now offer OEM* guaranteed repairs of nacelles and thrust reversers for the fleets of Airbus A330ceo, A320neo aircraft equipped with CFM International’s** LEAP-1A engines. A first A320neo nacelle from a Chinese airline is already being inspected.

Vincent Caro, Safran Nacelles’ Chief Executive Officer, declared, “I am delighted to announce that our repair station in Suzhou, China, is now operational. It caters for the Asia, Pacific and Oceania markets. Operators in these regions will therefore benefit from geographical proximity of the station, which will reduce both time and cost for transport of materials.”

The repair station covers over 5,000m2 (circa 54,000 ft2) and is equipped with the specific tools necessary to repair both nacelles and Line Replaceable Units (LRU) of the COMAC C919 in order to support its upcoming entry into service. Site employees are experts in the repair of composite and metal aerostructures. They will also intervene on wing, on operators’ sites.

This new site further complements the company’s MRO network, which already covers Europe, the Middle East, the Indian Subcontinent and the Americas. It will also be used for the storage of the large nacelle components, such as air inlets, thrust reversers, exhaust systems, for the entire Asian region.