The Siemens Gamesa 5.X onshore platform has reached a huge milestone, with the 100th wind turbine installed at the 372 MW Björnberget wind farm near Ange, Sweden, for partners Prime Capital and Enlight. 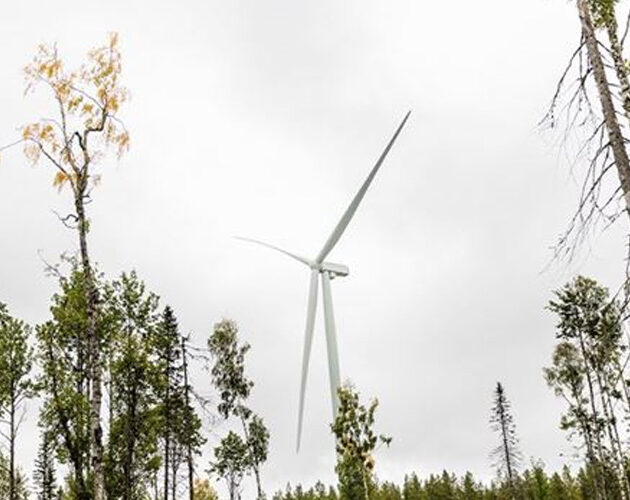 The first Siemens Gamesa 5.X prototypes were installed in Denmark and Spain at the beginning of 2021, and the platform is already delivering green and secure energy for our customers and their end user.

Designed and built at our facilities in Agreda, Spain, and Vagos, Portugal, the Siemens Gamesa 5.X is now installed in six projects in Sweden and Brazil, just one year after it was first introduced at the Skaftaasen wind farm, in Sweden.

Indeed, the Siemens Gamesa 5.X wind turbine portfolio continues to evolve. This week the company launched a new variant called the SG 7.0-170, which will have a 7-MW rating helping customers to produce even more clean, green energy.

The Siemens Gamesa 5.X is the largest unit capacity in the onshore portfolio, with a rated capacity of up to 7-MW, and the largest rotor diameters, 155 and 170 meters, resulting in maximum performance in high, medium and low-wind conditions. The 170-meter rotor is among the largest in the onshore segment.

The Siemens Gamesa 5.X onshore platform incorporates the company’s proven technology, experience and expertise, based on its installed wind fleet of more than 104.5 GW worldwide, enough to power 90.2 million households.

“To reach a century of 5.X turbines installed in such a short time is a huge achievement for everyone in Siemens Gamesa, especially in the face of tough external challenges over the last few years. The platform is delivering for our customers and for the end user of the megawatts of renewable electricity they are generating, and we now look forward to reaching the next 100 of these turbines installed even sooner,” said Clark MacFarlane, CEO of Siemens Gamesa’s operations in Northern Europe and the Middle East.

“We would like to congratulate Siemens Gamesa for achieving this important milestone, as we work together to bring a new era of clean energy to the region. Completing the Björnberget project shall be an important achievement also for Enlight as we grow into one of the leading global renewable energy companies. We expect Björnberget wind farm, one of the largest onshore farms in Europe, to generate first green power soon, and reach full commercial operation during the first quarter of 2023,” said Enlight’s CEO, Gilad Yavetz.