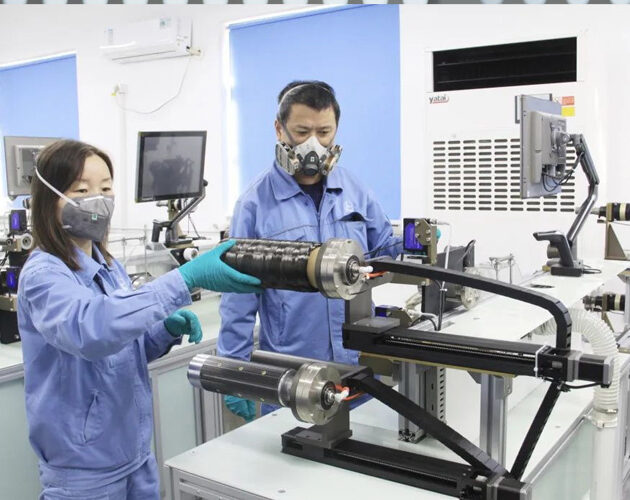 Sinopec’s production line has adopted its self-developed PAN (polyacrylonitrile) base large tow precursor and carbon fiber technologies. The project is being implemented in two phases and expects to be in full production in 2024, projecting an annual production capacity of 24,000 tons of protofilament and 12,000 tons of large tow carbon fiber.

Large tow carbon fiber refers to roving that contains 48,000 filaments or more. The product developed and manufactured by Sinopec Shanghai is a new type of high-strength carbon fiber with a carbon content of over 95 percent. It has outstanding excellent mechanical properties and a specific gravity that is less than one fourth of the steel, yet a strength that’s seven to nine times stronger. It is also corrosion resistant.

As the material can be widely used in producing parts and components, it is expected to be used for an increasing amount of industrial infrastructure projects in China, including ones related to wind power, solar power, high-speed rail, and aviation.

“Sinopec has customized a special production line for large tow carbon fiber, including production equipment and techniques, which has enabled us to design oxidizing furnaces and carbide furnaces that revolutionizes not only the core technology of temperature field control, but also has a revolutionary energy-saving design, marking a major milestone in the development of China’s carbon fiber industry,” said Huang Xiangyu, carbon fiber expert and deputy general manager of Sinopec Shanghai.