The Solvay 4 Sport partnership aligns with the Group’s DEI program, which aims to cultivate an equitable and inclusive environment that embraces diversity. 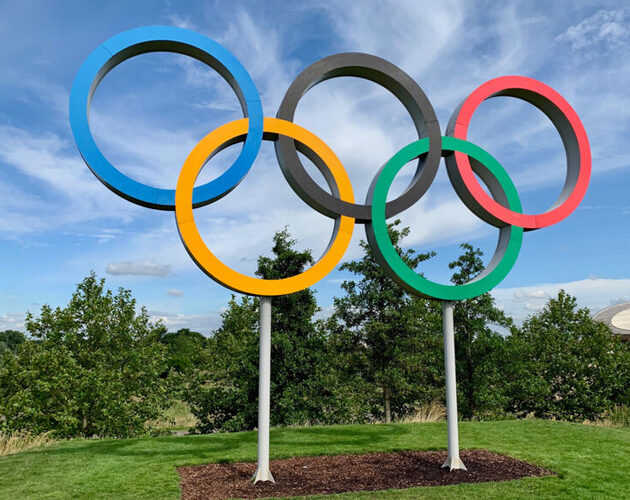 Solvay is proud to partner with three international medal winners and record holding athletes – Ambra Sabatini, Kgothatso Montjane, and Trenten Merrill – and will accompany them on their quest for victory.

In this two-year journey, the Group aims to promote values embodied by the athletes, such as performance, dedication, perseverance and winning drive, through its Solvay 4 Sport initiative. Those core values are at the heart of Solvay’s purpose, believing steadfastly that it is unity and not uniformity that allows society to achieve the greatest results.

Ambra Sabatini, Italy – the fastest Paralympic sprinter in the world

In 2019, Ambra Sabatini survived a car accident that resulted in the amputation of her left leg. She overcame her natural discouragement and went on to achieve greatness by establishing herself as the fastest Paralympic sprinter in the world.

Ambra holds the record for completing the 100 meter sprint in just 14.11 seconds, which she achieved at the Tokyo 2020 Paralympics.

Her goal is to complete the 100 meter sprint in under 14 seconds.

“For me, the word resilience has a precise value: it means rising from a moment of discouragement and finding a reason to move forward.”

At the age of 14, Trenten was struck by a car which resulted in his right foot being amputated. But Trenten had a childhood dream to become a professional athlete and within a short time after the accident, he was back to competing in volleyball, MMA, and motocross.

Trenten made his first Paralympic team in 2016 and broke the American record for long jump that same year. He has set the record twice more in 2018 and 2021.

“When I was in the hospital, [I still had] hope that I could be an athlete again. When I received my prosthetic, that was one of the turning moments. I knew I could get through it.”

Kgothatso was born with a congenital disorder, and at the age of 12, her left leg was amputated below the knee. Despite this, as well as socioeconomic adversity, she has become one of the greatest athletes in the world.

Kgothatso Montjane is a conqueror of the tennis court, currently holding 29 singles titles, and is the First Black South African woman to ever play at the Wimbledon championships.

“No worthwhile journey is without its challenges. It’s the rough road that ends in greatness.”