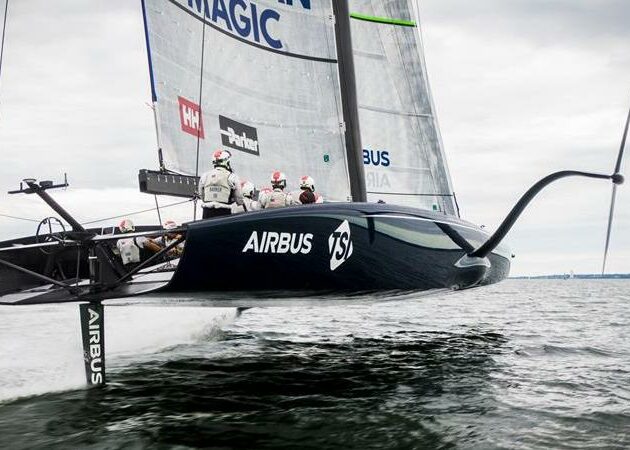 While building custom boats from molds is nothing new, the technology implemented in this build was innovative. By using the 26-meter long by 6.2-meter wide milling machine the team at Symmetrix was able to produce full scale master patterns to within sub-millimeter accuracy. The patterns were then used to create high-temperature carbon-fiber molds from which the hulls of American Magic’s two boats were built. This unique process allowed the build team to maximize the dimensional accuracy of these impressive tools for yachts competing at speeds reaching 50 knots.

John Barnitt, President of Symmetrix Composite Tooling and a three-time winner of the America’s Cup said:

“Accuracy and reliability are an important part of building an America’s Cup-winning design. Timelines are compressed when it comes to build schedules and the testing phase, so a good collaboration is vital to the synergy between suppliers and the team. We’ve had that with American Magic.”

The technical partnership between Symmetrix Composite Tooling and American Magic first began when the company helped create a mast for the team’s testing platform, The Mule, in 2017. The plugs and molds were developed for the first hull, DEFIANT, that launched in Rhode Island in September 2019, followed by the second and final hull, PATRIOT, which launched October 16 in New Zealand.

“We are proud to officially partner with Symmetrix, who participated in creating all three of American Magic’s boats. Having Symmetrix located just down the street from our production facility in Bristol made this a natural partnership, but in truth we could not have found a better tooling supplier anywhere in the world. With the help of Symmetrix, we have been able to add another chapter to the long and proud history of America’s Cup boatbuilding in Rhode Island.” 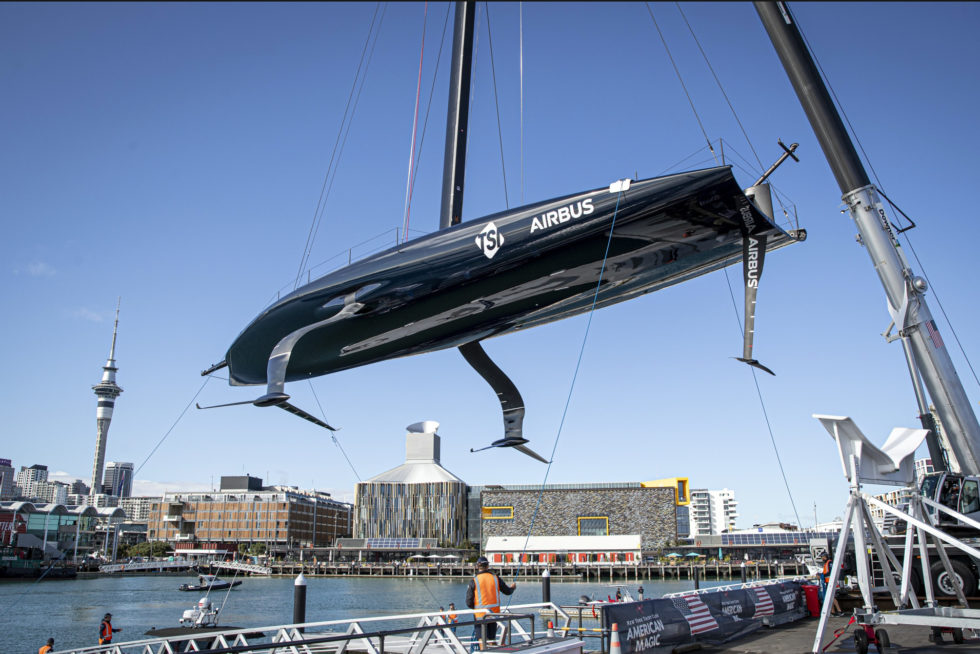 “The American Magic boatbuilders are clearly some of the best ‘out of autoclave’ composite processers in the world and being tasked to build the carbon tooling for DEFIANT and PATRIOT was very special for us. The program checked all of the boxes for Symmetrix – the size and shape of the hull, geometry verification, tight tolerances, matching thermal expansion and, of course, the tight timeline. This is a fantastic, results-proven partnership for Symmetrix Composite Tooling.”