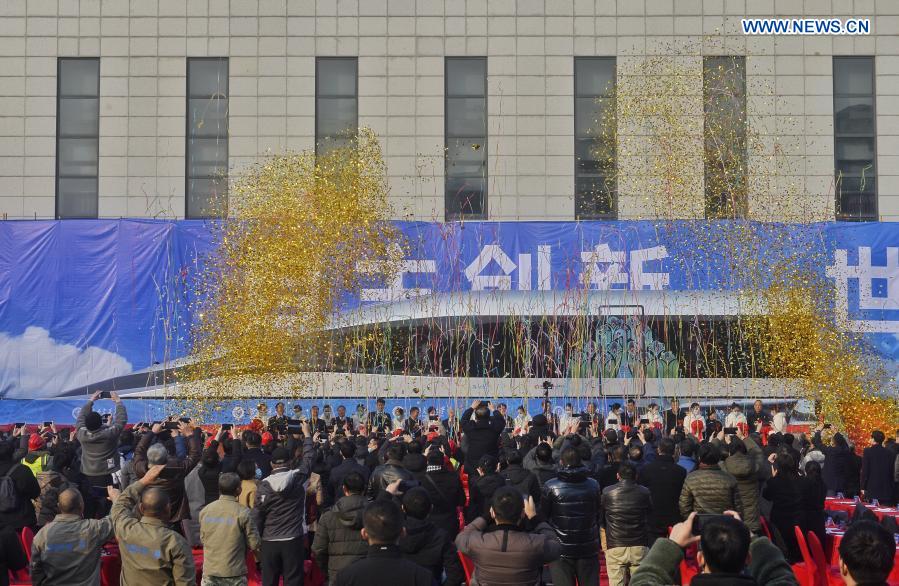 Is this Chinese prototype the shape of maglev train tech to come?
The train is designed to travel at up to 620km/h (385mph) but researchers said they were working to stretch that speed to 800km/h (497mph). The new maglev is part of Beijing’s ambitious plan to create faster links between cities.
Read more about this article

XAG launches its Polar V40 bi-copter agriculture drone in China
The big selling point for this drone is the fact that there is only two rotors. XAG says this allows the drone to be more efficient and fly tighter lines, thanks to its smaller size.
Read more about this article

Maiden test flight proves successful for new drone
The nation’s largest missile-maker CASIC said in a statement that the WJ-700 combat/reconnaissance drone made its debut flight at an unidentified airport in Northeast China. The maiden flight verified the plane’s overall design and its subsystems’ compatibility.
Read more about this article

Will US military end user list clip MA700’s wings?
The Avic MA700 turboprop finds itself in an awkward situation after airframer Xian Aircraft showed up on the US government’s Military End User list.
Read more about this article

First model co-developed by Changan, Huawei, CATL said to be launched in 2021
Zhu Huarong, chairman of Changan Auto, said the Chongqing-based automaker would work with Huawei and CATL on developing a fire new premium auto brand. They will team up on the development of a world-leading independent and controllable smart electric vehicle (EV) platform, a slew of car-related products as well as a smart lifestyle and energy ecosystem that targets the connectivity of users, vehicles and home appliances.
Read more about this article