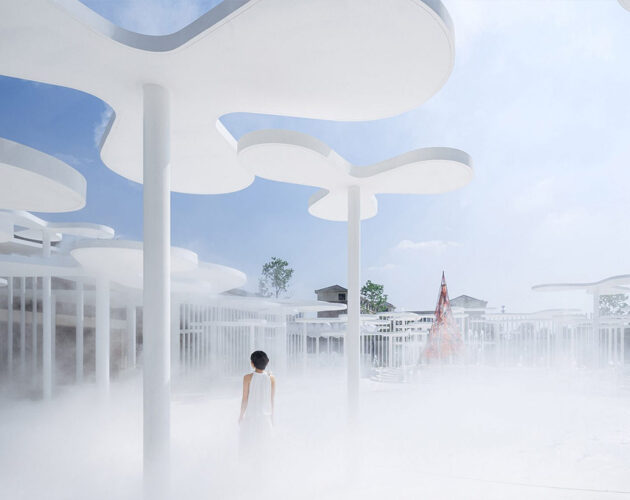 Researchers at Guangxi University in China and Chinese firm Bee-eater Technology built a carbon fibre skeleton linked with aluminium joints and some 3D-printed plastic parts.
Read more about this article

The United States, Japan and China lead the world in carbon fibre manufacturing. The researchers hope to increase the capacity of the Australian industry and work with manufacturers of wind turbines and commercial aircraft, as well as producers of sporting goods, and the construction, automotive and ship-building industries.
Read more about this article

The factory has no industrial water discharge and is adopting a circular approach to deal with waste, including the recycling of its waste carbon fiber material and reduction of landfill waste. In the future, the plant which makes the Precept will also be powered by 100% renewable electricity to achieve carbon neutrality.
Read more about this article

One of the only non-white features in the landscape is the Bonfire. Lifted on a pedestal of circular steps, this red and black cone was woven by robotic arms using 5,954 metres of fluorescent carbon fibre, creating a warped mesh that is intended to evoke flames.
Read more about this article

The high-speed revolution
The most remarkable achievement has been in China which only opened its first 115km line linking Beijing with Tianjin in 2008. By the end of 2020, China’s high-speed rail network had reached 37,900km, including the world’s longest continuous high-speed line, the 3422km railway linking the port of Lianyungang with Urumqi.
Read more about this article

Volonic introduces carbon fiber as a luxury material option for its wireless ...