The “eco-responsible boat concept by Beneteau” in Elium® resin

The 2022 Nautic Paris Boat Show was an opportunity for more than 200,000 visitors to discover the latest technological innovations in boating. Among them, the new First 44E from the Beneteau Group, the first production sailboat model to be entirely manufactured with Elium® resin for recyclable composites, thanks to a partnership between Beneteau and Arkema. This boat was a great success on the Beneteau stand and generated a lot of questions! 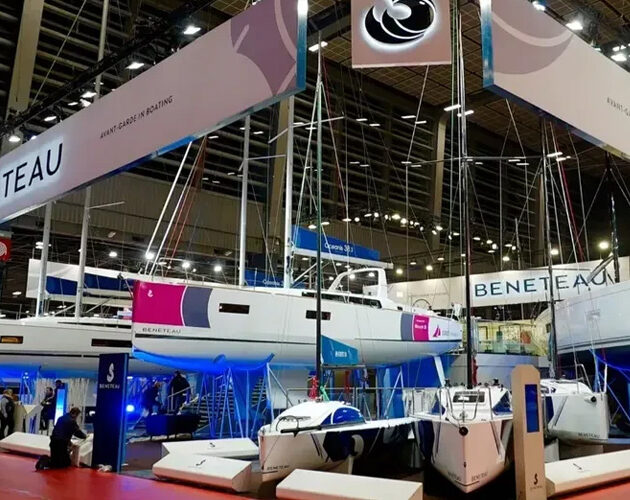 To reduce the environmental impact of the boating sector, Beneteau has chosen the path of innovation. Concrete and unprecedented innovations embodied in particular by its new sailboat presented as a world premiere at the Paris Boat Show: the First 44E, the first production boat built with Arkema’s Elium® recyclable thermoplastic resin and equipped with a hybrid engine.

The First 44E is foremost an industrial achievement for a mass-produced boat: it was built with Elium® thermoplastic resin using the traditional infusion process, as part of an exclusive partnership with Arkema set up three years ago.

Secondly, this is the first production boat whose Elium® composite hull is recyclable, thanks to a thermolysis process that separates the fiberglass from the resin when the boat is dismantled. The resin can then be reused to make new infusion parts for new boats.

The resin thus enters a virtuous circle, which minimizes the need for raw materials, reduces waste, and thus makes a considerable improvement to the life cycle of boats that until now, made of thermoset resins, could not be recycled. With this boat, the nautical industry makes its first steps towards the circular economy.

Finally, with Elium® resin, the boat’s performance and the boater’s sensations remain the same.