U.S. Senator Susan Collins announced that the University of Maine Advanced Structures and Composites Center (ASCC) has been awarded a total of $3,215,332 from the U.S. Army Natick Soldiers Systems Center (SSC). The funding will support UMaine ASCC’s continued research to better protect the men and women of our nation’s military, including the development of the Modular Ballistic Protection Systems (MBPS) to protect the lives of personnel in Army tents.  UMaine will also work to develop inflatable arches that allow troops to quickly set up shelter. 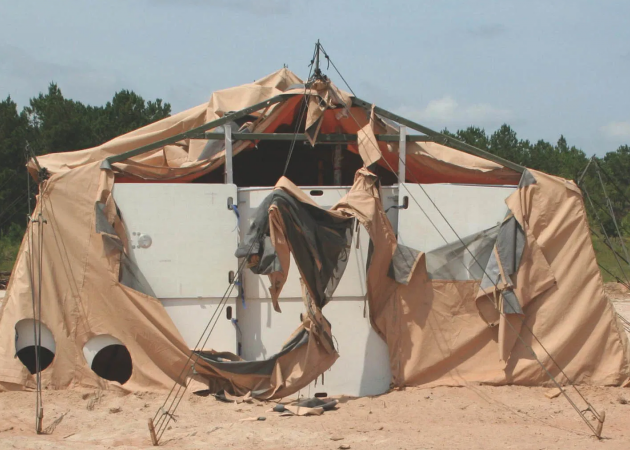 “The research done by the University of Maine’s faculty and students has already led to the development of products, such as Modular Ballistic Protection Systems (MBPS), that help protect the brave men and women in our nation’s military. With this important investment, UMaine’s Advanced Structures and Composites Center will be able to expand its laboratory space and add more research personnel in order to accelerate its efforts to help keep American troops safe.”

“The ASCC is pleased to continue to support our troops and protect lives over the next 5 years through this new and significant contract, and is deeply appreciative of Senator Susan Collins’ and our Delegation’s support. Senator Collins has been instrumental in creating this program and has diligently supported R&D at UMaine, particularly projects that protect our warfighters’ lives and help spinoff new private companies and Maine jobs. The ASCC’s work with the Natick Soldier SSC has resulted in two Maine spinoff companies, Compotech and Advanced Infrastructure Technologies (AIT), both located in Brewer. Compotech has been manufacturing ballistic panels and shelters developed at the ASCC. AIT has been manufacturing composite bridges that have been developed and patented by the ASCC. The ASCC has also been hiring new research engineers and technicians, including 15 new personnel and 60 students this year.”

With this new contract, the ASCC plans to hire additional full-time research personnel as well as graduate and undergraduate students over the next five years. The researchers will be working on the 3D printing of shelters, as well as developing new shelter materials that increase protection and reduce detection, weight, production times, and overall costs. UMaine will also be renovating laboratory space to house up to 30 additional personnel at the ASCC, which is expected to be completed this year.

As a senior member of the Appropriations Committee, Senator Collins has strongly advocated for funding to support research at UMaine. Last fall, she participated in the unveiling ceremony at UMaine for the world’s largest polymer 3D printer and largest 3D printed object, a Guiness World Record 5,000 lbs, 25 ft long patrol boat. In May 2019, Senator Collins joined leaders from the U.S. Department of Energy, UMaine, and Oak Ridge National Lab in Washington, D.C. to announce the launch of the $20 million large-scale bio-based additive manufacturing program that will use the 3D printer.

The ASCC supports Maine industry with product development, and aims to create opportunities for UMaine students to explore interests in engineering, science, renewable energy, forest resources or wood science, economics, entrepreneurship, international trade and commerce, and business. The research program offers opportunities for K-12 students, employs more than 150 graduate and undergraduates students per year from a wide variety of majors, and has financially sponsored nearly 2,600 UMaine students interns since its opening in 2000.