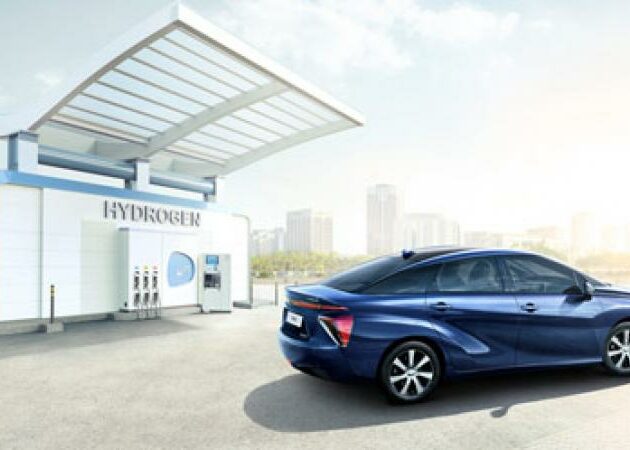 FCRD’s primary business will be the development of fuel cell systems for commercial vehicles to contribute to the realization of a clean mobility society in China. Each company, including Toyota Motor Corporation and Beijing SinoHytec Co., Ltd. will invest in the joint venture. Dong Changzheng will be appointed chairman and Ryu Akita will be chief executive officer (CEO). Plans call for FCRD to be established in Beijing during 2020.

The six companies participating in the joint venture are as follows:

In accordance with the Technology Roadmap for Energy-Saving and New Energy Vehicles announced by China in 2016, the FCEV market, primarily for commercial vehicles, is growing at a pace not seen anywhere else in the world. Based on the belief that industry-wide efforts to build the foundations for the widespread adoption of FCEVs under an unprecedented open structure rather than measures by individual companies will be essential for the spread and firm establishment of FCEVs in the Chinese market, which is undergoing these extreme changes, these six companies, which share a common vision for FCEVs, decided to establish an R&D joint venture. 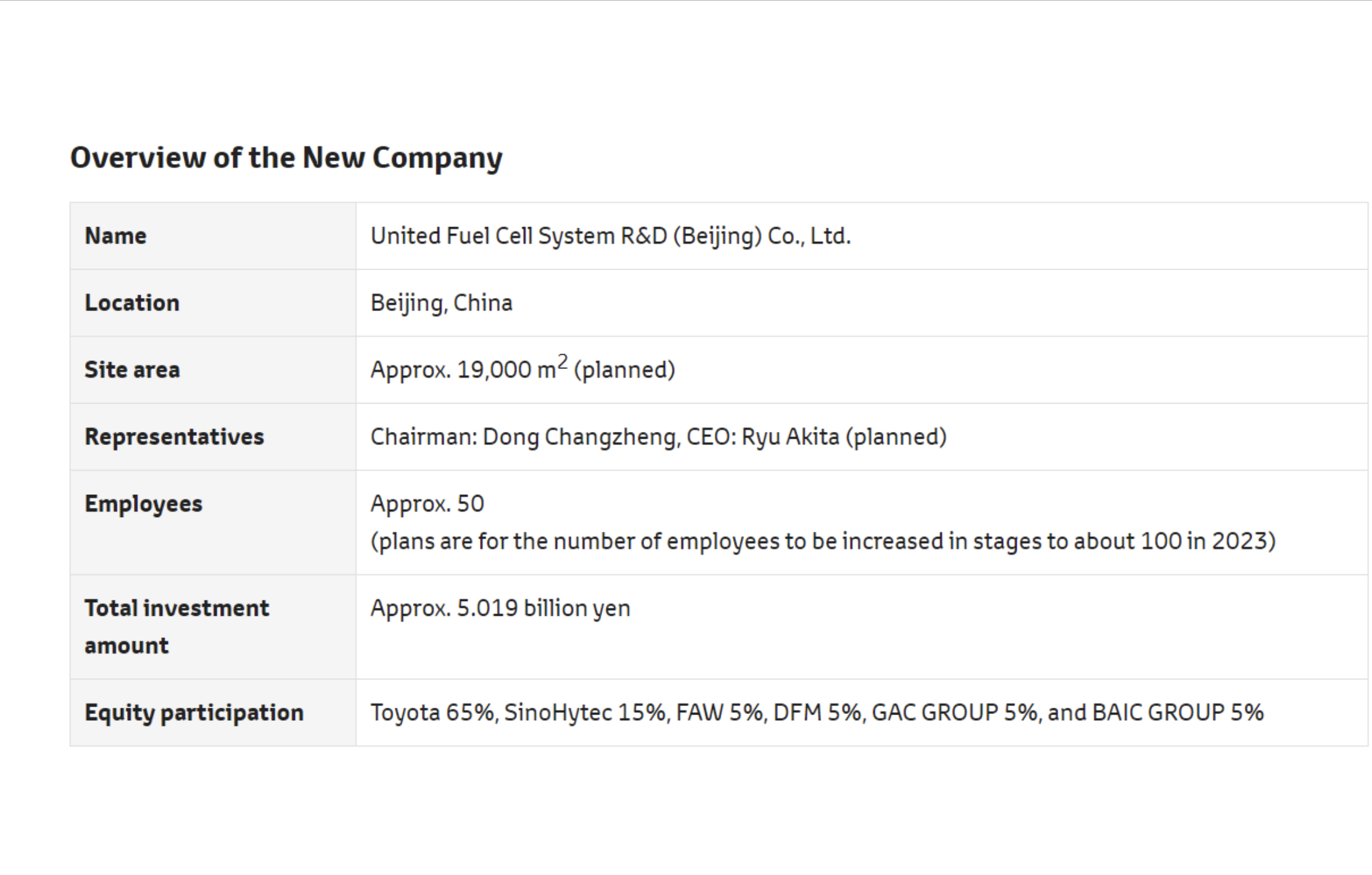 The manufacturers of completed vehicles, which represent China’s extensive commercial vehicle development know-how and market experience along with SinoHytec and Toyota, which have experience with FC system development as well as results in the market, believe that they can work together as partners to promote the spread of FCEVs and develop competitive fuel cell systems that comply with regulations in China. Specifically, the six companies will engage in discussions to formulate product plans and create a single streamlined structure to develop a series of technologies from components including FC stacks that satisfy performance needs in China and FC system controls that support those components, to vehicle installation.

The companies believe that by doing this, the lead time from development to commercialization will be substantially shortened, making it possible to dramatically increase the pace of each stage of FCEV proliferation in the Chinese commercial vehicle market. They will tackle the challenges of developing low-cost, competitive fuel cell systems and their key components with superior product strengths including the drive performance, fuel efficiency, and durability that will be essential for the widespread adoption of FCEVs.

According to Toyota, “FCRD will support the proliferation of FCEVs for the creation of a hydrogen-based society in China, and by promoting and developing FCEVs, will contribute to solving environmental issues including reducing CO2 emissions and curtailing air pollution and work to facilitate the formation of an even better mobility society in China.”