Oversubscribed round completed less than six months after Series A, brings total raised to $85 million. 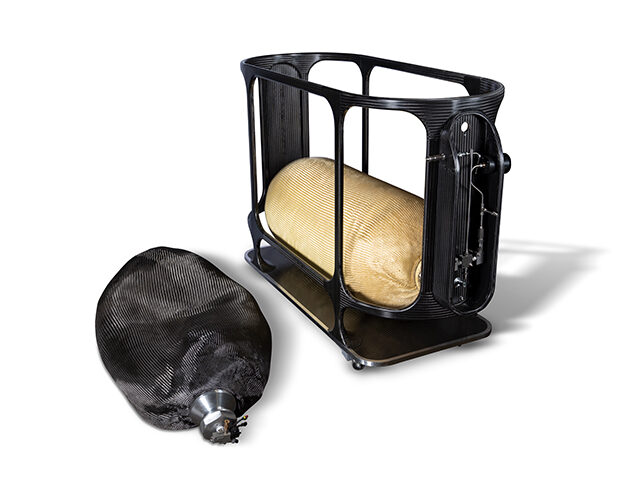 When every day counts in the fight against catastrophic climate change, this funding will enable Universal Hydrogen to conduct the first test flight of its hydrogen fuel cell powertrain on a 40+ passenger regional airliner in 2022 at Moses Lake, Washington. The green hydrogen for the flight will be supplied using Universal Hydrogen’s modular fuel capsules that enable the delivery of hydrogen from the point of production directly to the aircraft using the existing freight network and airport cargo handling equipment—without the need for any new infrastructure. The proprietary modular capsule technology is significantly lighter than the current state of the art in hydrogen storage and is designed from first principles for flight and ground transport safety certification.

The company anticipates entry into commercial service in 2025 with a certified retrofit conversion kit for existing ATR 72 and De Havilland Canada Dash-8 regional airliners and a green hydrogen fuel services offering. Together, these will provide regional operators with unit economics that are equivalent or better than those of conventional jet fuel-powered variants of the aircraft. Universal Hydrogen has secured a substantial commercial order pipeline, including previously-announced LOIs from Icelandair, Air Nostrum, Ravn Alaska, and ASL Aviation Holdings.

“Universal Hydrogen has attracted an incredible investor syndicate, representing key strategic and financial partners across Europe, the United States, Asia, and Australia,” said Peter Barrett, General Partner at Playground Global and a member of Universal Hydrogen’s Board of Directors. “This is a testament to the company’s pragmatic approach to the monumental—even existential—challenge of our generation and the world-class team that Universal Hydrogen has catalyzed around it.”

“While regional aviation represents a sizable market opportunity and an important early proof point in the fight against climate change, it is a small fraction of total aviation emissions,” said Paul Eremenko, co-founder and CEO of Universal Hydrogen. “If we want to decarbonize the industry on the timeframe of the Paris Agreement, the world’s narrowbody airliner fleet has to become hydrogen-powered starting in the 2030s. There is no known alternative technology to get there.” To that end, the company is committed to collaborating with all key stakeholders, including airlines, lessors, airplane- and engine-makers to ensure that the next generation of narrowbody aircraft (succeeding the 737 and A320 families) are true zero emissions vehicles.

“The gravity of climate change is forcing a tipping point in the green hydrogen ecosystem of producers, distributors, and consumers,” said Jim Adler, founding Managing Director of Toyota Ventures. “Universal Hydrogen has the breakthrough technology, talented team, and operational urgency to emerge as the distribution leader in this hydrogen ecosystem. As early investors, we are proud to continue to support their efforts in any way we can.”

Avantus Aerospace is pleased to announce that Kurt Nanney has been appointed ...