Researchers from the Public University of Navarre (UPNA/NUP), that belong to the Smart Cities (ISC) and InaMat2 institutes, have remotely manipulated a composite made of thermoplastic and iron powder using heat and magnetic fields, achieving “a degree of control never seen before”. The composite, which is classified as programmable matter, can be remotely manipulated in air, water or inside biological tissue, thus opening up possibilities for the development of biomedical devices, tactile displays and object manipulators. 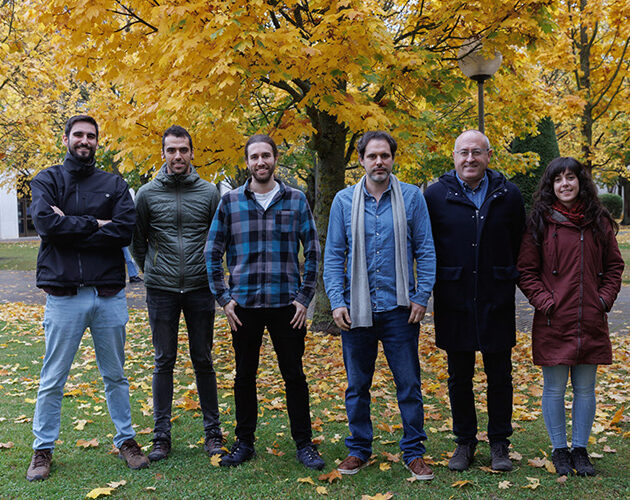 Programmable matter is defined as a material capable of modifying its properties in a programmatic way. “It can change its shape, stiffness or other physical properties in a controlled way,” says Asier Marzo. Until now, optical or magnetic methods have been used to control matter remotely. “However, both procedures have limitations: the former, in terms of strength; and the latter, regarding the minimum size of the achievable details –spatial resolution–,” he explains.

The UPNA/NUP researchers used a composite of thermoplastic and iron powder. The former is rigid at 27°C, but becomes malleable when heated in a process that is reversible; on the other hand, iron powder can be mixed with the thermoplastic and is attracted by magnetic fields. The compound was subjected to thermal patterns and magnetic fields. Thanks to this combination, “an unprecedented degree of control is demonstrated”, according to the article’s lead author, Josu Irisarri. To do this, the compound is heated at specific locations which become malleable and can be attracted by magnetic fields. “The hot areas solidify when they cool down and the process can be repeated,” adds Josu Irisarri.

The researchers performed multiple remote manipulations using light, heat and magnets on the composite, as can be seen in this video. For example, a filament was heated at the centre, making it malleable. Afterwards, a magnetic field pulled from the sides to bend it along the pre-heated area. The filament solidified upon cooling down. This process was repeated several times to form different letters using a single strand.

In a second experiment, a sheet of material was heated up by a laser at specific points. Afterwards, a magnetic field attracted these points and, as they cooled down, they became solid forming a Braille pattern. This process was repeated for more complex patterns.

In the third experiment, a block of material was heated with infrared light, and raised by a magnetic field to form a column. Then, a point on the column was heated, and again, using a magnetic field, a secondary branch was pulled out, forming a tree.

In the final test, the material was inserted into a lung simulator balloon, which is optically opaque. It was heated with microwaves, and when the magnetic fields were applied, the material inside the balloon could be expanded to a certain size.

To summarize, the material can be moved, rotated, bent, stretched, contracted, split, fused, raised, melted and sculpted into figures or Braille patterns. Moreover, in its solid state, it can support heavy weights.

“We have demonstrated complex manipulations on 3D blocks, 2D sheets and 1D filaments, which will have applications in tactile displays and object manipulation,” says Asier Marzo.

Apart from tactile technologies, UPNA/NUP researchers foresee other possibilities. “Due to the low transition temperature and the capability of heating through opaque materials using microwave, the composite can be manipulated inside biological tissue, offering great potential for biomedical devices.” concludes Asier Marzo.