The 11th solar car made in Delft is more efficient, faster and safer than its predecessors, and will have several new features that surely will make the difference in solar racing. AOC provides hands-on support during vehicle manufacturing and supplies Beyone Styrene-free resins for making the structure and shell of the car. 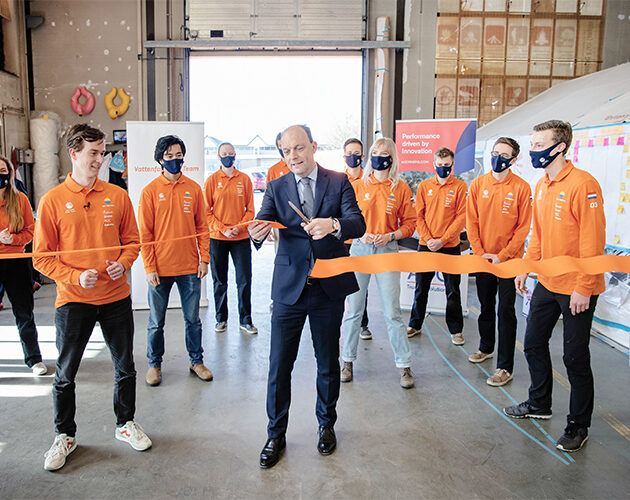 With Nuna11, the team would have taken part in the Bridgestone World Solar Challenge, the World Championship in solar racing that is held bi-annually. The team already won this 3000 kilometer race seven times, but unfortunately the upcoming race is cancelled due to COVID-19. Nevertheless, the team is eager to carry on building their newest and best solar car.

Where the solar car will be seen racing in the future, is yet to be decided. The team is positive that Nuna11 will shine in an impressive event, racing once more against some of its biggest competitors.

Nuna11 will be built according to the Bridgestone World Solar Challenge regulations, as per the original plan, similar to the other solar cars it will potentially race against in 2021 or 2022.

The Nuna11 is quite different from the NunaX that was racing in the 2019 edition of the Australian race. As a result of the compulsory change of solar cell type from Gallium to Silicon, the surface of the solar panel has nearly doubled (now 4 m2 versus 2.6 m2 before). This change was made, as it was the intent of the race organizers to promote the more widely available and affordable Silicon cells.

In order to increase driver safety, the size of the cockpit has increased leaving more room for the driver. Furthermore, a license plate has to be mounted on the back of the car. This latter change is the most challenging one for the aerodynamics team, since Nuna’s trailing edge has always been infinitely smooth and aerodynamic.

As a consequence of these changing regulations, it is expected that competitiveness between the solar race teams will increase. “We like to be challenged as this forces us to be very inventive”, comments Christiaan Wiers, Team Captain of the Vattenfall Solar Team. “These new requirements promote innovation in design, electrical and drive systems, which surely is helping us to push the limits of solar technology. Later this year, we will be showing several new car features that help to increase car performance.”

During the last edition of the Bridgestone World Solar Challenge in 2019, the Vattenfall Solar Team was well-positioned to reach the finish in the lead position. However, the last day took a dramatic turn. The NunaX caught fire for yet unknown reasons, and burnt down in front of the devastated team. The driver got out in time safely, but the team’s hope to win the race went up in the air.

The team has thoroughly investigated the incident. Although it could not pinpoint to one exact cause, the team will make sure that all potential causes identified will be excluded in the design and structure of the newest solar car. These include the production of a safer battery, a changed battery-storage solution, and an improved electrical system.

Team up for making a great car

The construction of the Nuna11 vehicle will be done by the team at the Polymer Science Park in Zwolle (Netherlands), next to the AOC R&D Center.

The Nuna11 has been made with AOC’s Beyone™ styrene-free resin systems. These sustainable resins feature close-to-zero smell and solvent emissions, and are environmentally preferred alternatives to conventional styrene-based resin systems. The result is a superb Nuna11 vehicle that combines lightweight, great aerodynamics, and dimensional stability at elevated temperatures

Getting ready to race

In the next few months, the team will focus on building its solar car and performing an extensive series of tests. The students are being supported by former Dutch national hockey coach Marc Lammers. Most of the tests will take place in the Netherlands. When date and location of the next solar race are confirmed, the team members and their solar car Nuna11, will travel to this location for performing tests and doing the preparations on site.

Schmidt & Heinzmann opens second subsidiary in the US