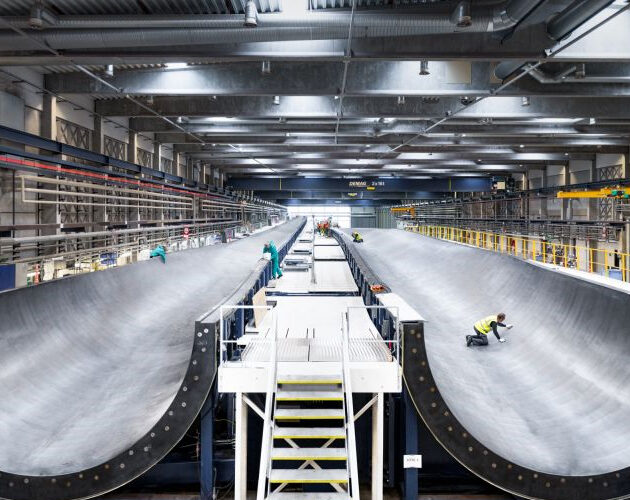 The installation of the prototype turbine will take place in the second half of 2022 and its first kWh is planned for the fourth quarter of that year. Stretching 280m into the air with a production output of 80 GWh/year, the prototype will be the tallest and most powerful wind turbine in the world once installed.

Anders Nielsen, Vestas Chief Technology Officer, says:
“Colleagues across Vestas have worked very hard and collaborated closely to ensure the rapid progress in developing and assembling the V236-15.0 MW prototype, and this announcement is an important step forward for Vestas and our customers. Getting the prototype turbine in the ground will underline how the V236-15.0 MW will raise the bar in terms of technological innovation, industrialisation and scale in the wind energy industry”.

The prototype development work has already progressed across Vestas’ R&D and production sites in Denmark. The blade moulds have been developed at Vestas’ blade factory in Lem and the 115.5m long prototype blades will begin manufacturing later this year at Vestas’ offshore blade factory in Nakskov. The nacelle will be developed and assembled at the offshore nacelle factory in Lindø port of Odense. All large components will be preassembled and transported to Østerild, where installation will take place.

The prototype will be installed onshore to facilitate easy access for testing prior to installation, and the main prototype components will already have undergone thorough testing and verification at Vestas’ and our partners’ test facilities. During the initial period of operations, Vestas will collect data needed to obtain a Type Certificate, which is a key step in reaching serial production of the turbine in 2024.

With a swept area exceeding 43,000 m2, the V236-15.0 MW delivers industry-leading performance and moves the boundaries of wind energy production to around 80 GWh/year, enough to power around 20,000 European households and displace more than 38,000 tonnes of CO2, which is the equivalent to removing 25,000 passenger cars from the road every year.

The V235-15.0 MW is designed to deliver excellent performance while reducing the number of turbines at park level, strengthening the project business case. The globally applicable offshore turbine offers 65 percent higher annual energy production than the V174-9.5 MW, and for a 900 MW wind park it increases production by five percent with 34 fewer turbines. It offers excellent partial-load production, resulting in a more stable energy production, and a capacity factor over 60 percent depending on site-specific conditions.

Launched in February 2021, Vestas secured its first pre-selected tenderer status for the V236-15.0 MW turbine in July 2021 for the 900 MW He Dreiht project in Germany.