Honda R&D Europe and WASP D&D (Discover & Development) have worked to innovate and speed up the industrial development process. The new process accounts for an unprecedented freedom in manufacturing. The prototypal parts obtained can be easily hand-finished and re-worked in case they do not meet the required specifications. The industrial clay used in the process can be re-used and re-printed countless times and with minimal waste in a logic of environmental and economic sustainability. 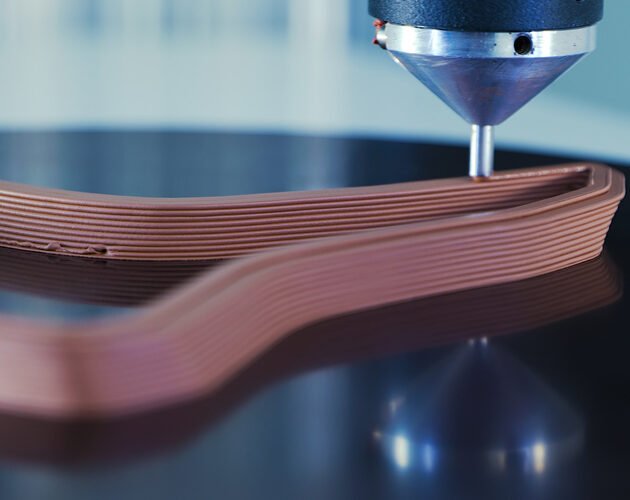 Since 2017, WASP D&D have experimented different types of extrusion for industrial clay, creating a totally innovative approach for the modelling world. However, it is thanks to the collaboration with Honda R&D and the exchange of common know-how that clay extrusion has highly improved, bringing considerable benefits and optimizing the 3D model materialization time so to explore new solutions.

Antonio Arcadu, Design Modeling Coordinator at Honda R&D Europe, tells us that the industrial clay was first introduced in the design studios thanks to the vision of Harley Earl, an American designer who -in the late 1920s- revolutionized the way of creating automobile prototypes. He is credited with comparing the skills of the sculptor to that of the modeller, emphasising his creative abilities and his role as mediator between designers and the engineers.

With a professional background ranging from industrial clay modelling to 3D engineering, from the virtual reality to additive manufacturing, the modeller figure has become today increasingly central to the development project.  S/He is responsible for the entire materialization process, starting from the 3D design made entirely in virtual environment, to the final hand-made manufacturing phase occasionally replaced by the clay milling process or subtractive manufacturing.

Pioneering the LDM (Liquid Deposition Modelling) technology, the printing of ceramic material and reusable and recyclable natural materials picked up from the local soil, with zero emissions and adaptable to any climate and context, Wasp currently further develops the technology to deposit dense fluid heated materials.

Nicola Schiavarelli, Product Manager and one of WASP founders says:
“The technological innovation consists in keeping at a constant temperature the whole system made by tank, connection pipe and extruder. WASP research has led to the creation of a revolutionary machine for printing industrial clay, the DELTA WASP 40100 clay, able to extrude and make the material never ending and reusable. Therefore, we consider WASP’s collaborative 3D printing a new concept in the additive industry”

“In order to preserve the creative process, we cannot rely on technology alone, but we need modellers not to interrupt their connection with matter in its most direct form: the hands. Although this is a newly introduced process, it can be considered disruptive in the automotive sector because it introduces a new flow, mostly additive, able to optimize processing times and reduce the amount of material used in the traditional and subtractive processes,” says Antonio Arcadu of Honda.

“We are not stopping here”, says Nicola Schiavarelli, “this is a technology that can open up many other fields such as sculpture, modelling, prototypes and the world of design. It largely reduces costs, manufacturing time without impacting labour force. It brings not a dichotomy, rather a collaboration between humans and machine. A new philosophy in 3D printing that becomes circular and collaborative”.