With their mobile airborne wind system (AWES), the Delft start-up Kitepower provides the future of green wind energy: cheaper, more practical, easy to move and energy can be generated even when there is little wind. 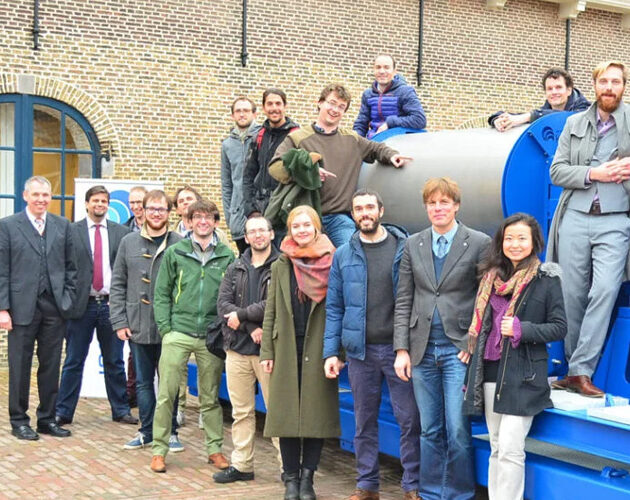 Meanwhile, 738 investors stept in and 120% of the investment money has been raised with the crowdfunding. Kitepower wants to use the money to provide short-term solutions for disaster areas, refugee camps, construction sites and festivals. Well-known Dutch sustainability experts, the late Wubbo Ockels and the late Henk Hutting, saw the potential of kites that can produce energy. To realize the dream of Wubbo and Henk, Johannes Peschel – CEO Kitepower – has started a successful pan-European crowdfunding, the crowdfunding will close on October 4, 2022.

Diversity week: who are the investors?
It is the week of diversity and inclusion in the Netherlands. A striking fact is that 81% of European investors in Kitepower are male. The largest group of investors is between 31 and 40 years old and most live in the Netherlands, England and Germany. Demographically, a possible explanation is that the CEO of Kitepower Johannes Perschel is of German origin, the crowdfunding platform is based in England, and the system was developed in the Netherlands at TU Delft. Interesting fact remains that the the biggest group of investors are male. Joep Breuer of Kitepower says, “It feels a bit strange to communicate during diversity week that 81% of our investors are male, we are of course delighted with the success, but the data indicate that there is still a lot to do in the field of inclusion. Let’s hope that during the next investment round the group of investors will be more diverse.” Said Joep Breuer CTO Kitepower.

Most windmills need to be replaced around 2050
Kitepower is an alternative to windmills. ‘Over the past two decades, the installed capacity of wind turbines worldwide has grown by 14% per year. The lifespan of these wind turbines is 30-40 years, which means that the majority will have to be replaced around 2050. The goal is to do that with a greener alternative. Our system consists of 90-95% less material than comparable windmills. This results in significantly less CO2 emissions per kW gained’, says Johannes Peschel, Founder & CEO of Kitepower

Cooperation Ministry of Defence
Kitepower is a powerful player in the world of microgrids; local energy systems that can function independently. At the moment, the market is still dominated by diesel generators, but Kitepower’s mobile containers are a good and sustainable alternative. For the past five years, Kitepower has worked closely with the Ministry of Defense to deploy the power units militarily in hard-to-reach and inhospitable areas. “Installing and running the system takes less than half a day and no specific knowledge is required. The containers also need no inlaid foundation and can therefore be placed anywhere. This makes our units perfect for deployment in the event of natural disasters or military missions. The possibilities are endless.” says Johannes Perschel, CEO Kitepower