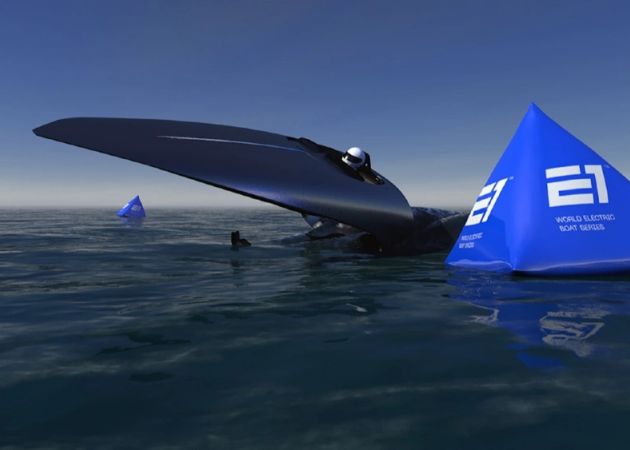 The world’s first electric powerboat championship was launched at the Monaco Yacht Club with plans for a global series on seas and lakes that will drive forward the electric revolution in the marine environment.

Agag says the time is right to bring the spectacular advances that have been made with electric power in motorsport to the marine environment. He hopes not only to establish a new sporting classic but also to make a lasting contribution to improving the health of the seas and oceans.

“I am delighted that we are today able to announce this unique step forward in marine-based sport. We believe this series will engage not only the sporting public, and boating and tech enthusiasts around the world, but also ocean conservationists who care about the future of our planet. 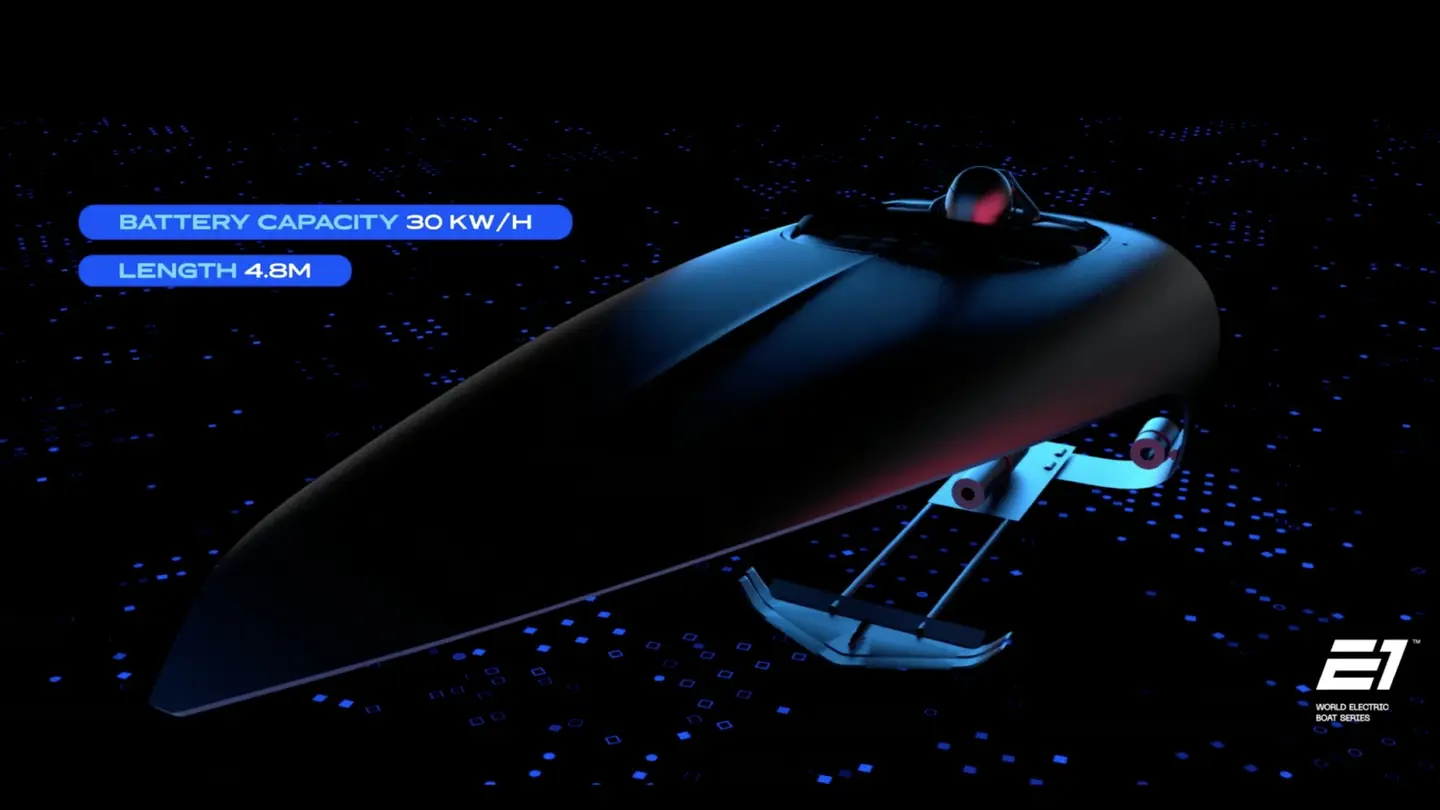 “I am delighted that we are today able to announce this unique step forward in marine-based sport. We believe this series will engage not only the sporting public, and boating and tech enthusiasts around the world, but also ocean conservationists who care about the future of our planet.

The earth’s oceans, lakes and rivers are under huge environmental pressure and the E1 World Electric Powerboat Series will lead the way in electrifying water mobility for future generations. Right now the use of electric power on the water is still at an embryonic stage. My ambition is for the E1 Series to accelerate the adoption of electric boats, to demonstrate how exciting they can be and to promote electric solutions and clean water mobility to marine travel worldwide.”

While Agag will be non-executive chairman of the new venture, Rodi Basso, an Italian former aerospace engineer who has worked with NASA, Ferrari and Red Bull in Formula 1, and Magneti Marelli and McLaren Applied Technologies in the high tech industry, will take the Chief Executive role.

Basso and Agag got together to brainstorm the new idea in London during lockdown. 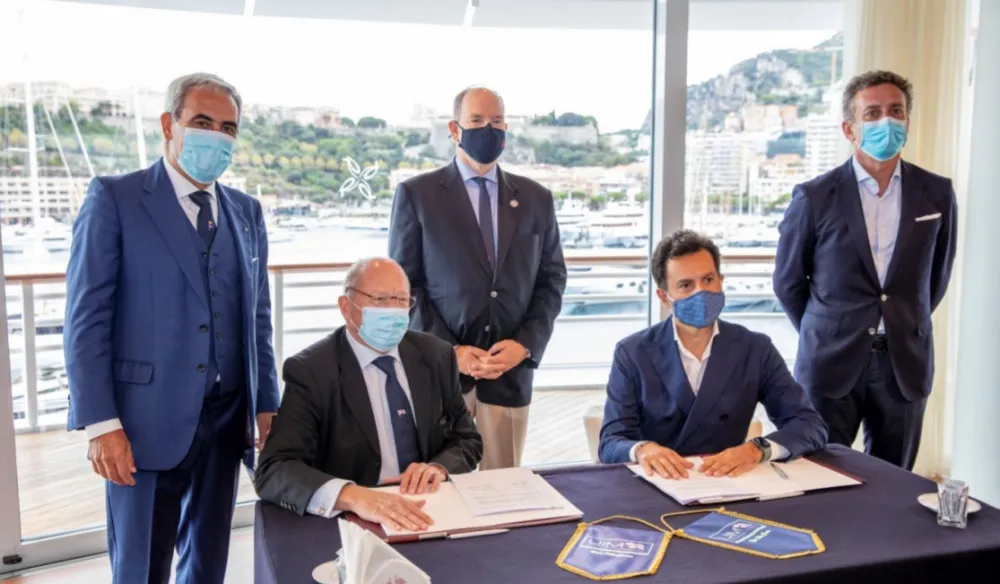 “The sea for me is something very important as an expression of nature and somewhere I always go to re-charge my batteries, so this project is the perfect way to celebrate that. During 20 years of competition in motor racing I have always dreamt of using motorsport to demonstrate and gain visibility around a technology and then build solutions with it in other fields. With this championship we are going to accelerate the take-up of electric technology in the marine industry by bringing the huge technological advances and expertise from motor racing. We are going to produce a thrilling and exciting sporting spectacle that will appeal to millions of fans worldwide” .

Basso says the series, which will be associated closely with Extreme E, will develop on a tight timescale with an intense testing and build schedule for the new boats.

The UIM E1 World Electric Powerboat Series features high-performance racing boats powered entirely by electric propulsion systems racing on short courses at prestigious city-based and stunning remote locations around the world. The futuristic RaceBird boats being developed for the Series incorporate hydrofoil technology, will be driven by single pilots and will be capable of achieving breathtaking speeds of up to 60 knots – 111 km/hr or 69 mph.

The boats are being developed by SeaBird Technologies, a start-up based in the UK that will partner with other companies involved in high performance water vessels to produce a super-fast and superlight, largely one-design race boat. Designed by Sophi Horne, the boats are going to look like nothing else on the water. The concept will be developed in partnership with SailGP, a global racing league that features the world’s fastest sail racing. As part of the strategic partnership, SailGP will also provide support for event and logistics management. 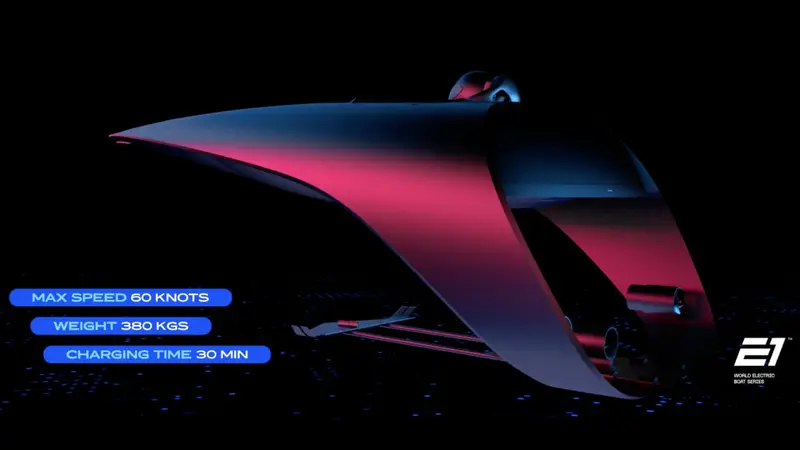 RaceBird boats will be driven by single pilots and will be capable of achieving breathtaking speeds of up to 60 knots – 111 km/hr or 69 mph.

“This is an incredibly exciting partnership that allows us to continue accelerating change toward a cleaner future. We are powered by nature, and SailGP and E1 share a similar sense of purpose to be leading examples of sustainable technology.”

The plan is to attract up to 12 teams which will each purchase two boats, one based in Europe and one that will be stored on the St Helena, a refurbished former Royal Mail Ship that the Series will use as a “floating paddock” for races outside Europe.

The pilots for the inaugural E1 Series are expected to come from a range of backgrounds with some from existing powerboating championships and others making a transition from road vehicle electric technology to the water. Each E1 race weekend will comprise testing and qualifying and then a series of knock-out races leading to a final which will produce one winner. An annual overall world champion will be decided by cumulative scores throughout the season.

Success on the racecourse will depend not just on speed in varying conditions but on a pilot’s ability to preserve energy, with unlimited charging allowed for testing and qualifying each weekend, but a finite supply for the quarter-finals, semi-finals and final.

E1 will race in amazing remote locations in parallel with Extreme E and also in some of the most glamorous cities in the world. Fans can look forward to experiencing incredible landscapes and fabulous urban waterfronts as they follow the broadcast of the Series around the world.

The new Series has been exclusively licensed by the UIM, the international governing body of powerboating. Its President, Dr Raffaele Chiulli, who is also President of GAISF the Gloabal Association of all International Sport Federations, said the organisation enthusiastically supports a new event which aims to contribute to the preservation of the marine environment.

“As the IOC-recognised world governing body for all powerboating activities, we at UIM are excited to have this opportunity to support and foster the preservation of the marine environment and to establish and implement good practices towards a more sustainable future. The UIM is delighted to support scientific research and its dissemination, as this will support awareness-raising activities on the many environmental and climate specific challenges that the world faces today. The launch of this initiative signals the UIM’s ability to lead by example, and to take action to preserve a healthy marine environment, which is vital for the future of our planet. We are proud to partner with Alejandro Agag, Rodi Basso and E1, and I am confident that this initiative, alongside Extreme E, will accelerate sustainable mobility at global level.”